Ah, the classic! Bacon egg and cheese sandwich. The staple of what is essentially an American meal, be it breakfast, snack, lunch or dinner. It is the epitome of the lifestyle that the US truly represents. As the overarching influence that they have not just in the world at large, but specifically in our own cuisines and eating habits.

It is a meal in and of itself. All it needs is a drink for it to be a complete set.

It contains enough protein to sustain the daily regimen of what any ordinary individual may need in his or her diet.

Despite it containing a lot of calories and cholesterol. It should not hinder anyone from being able to enjoy the savoury and delicious taste of bacon, egg and cheese sandwich.

In this article, we are going to discuss the ultimate Bacon egg and Cheese Sandwich recipe. Which you can replicate and do at the very comfort and convenience of your own home and earn some bragging rights within your circle of friends and family.

(Of course, this will come at the expense of you being the “bacon egg and cheese sandwich guy” and your peers and family are going to constantly goad you to make batches of your specialty!)

The Ultimate Bacon And Egg Sandwich (with cheese) Recipe!

This recipe is going to be called the Bacon, Egg and Maple Grilled Cheese,or BEMGC for short.

Before we can proceed to whipping up the ultimate bacon, egg and cheese sandwich. You have to first prepare the following ingredients:

Can you microwave bacon? Read my post about it.

Instructions on how to cook and prepare your Ultimate Bacon And Egg Sandwich (with cheese):

Start up the oven and preheat it to about three hundred seventy-five degrees Fahrenheit. If you’re using metric, approximately one hundred ninety degrees Celsius. On a baking pan or rack, place a baking sheet and arrange the strips of bacon. Ensuring that they are not attached to one another as you are sorting them onto the baking pan.

Place the baking tray onto the oven and let it bake until you notice the fat start to render and moisten. Which should take about ten minutes or so.

Once the bacon strips have become caramelized and brown on the edges, Take the baking tray out of the oven and place them over somewhere to let them cool for about five or so minutes. Once they are cool enough, chop the bacon strips in halves.

Place a skillet over medium heat and melt a tablespoon of butter on it. Get the eggs and crack them into the skillet and cook until they’re set, which should take around three to four minutes. After frying, move the eggs to a plate.

Using the same skillet that you used to fry the eggs, place two of the four sandwiches and cover it with the lid of the skillet. Light up the fire of the stove to around medium heat and let it cook until you will notice the bread turning brown, careful so as not to burn it to a crisp.

Once it does, use a spatula or tongs and turn the sandwiches over and do the same for the other side. Wait until the bottom part of the sandwich turns brown. On either side, it should take around two minutes.

It is also a good idea to see that the cheese is also melting at this point, so the flavour of your bacon, egg and cheese sandwich is accentuated even more.

Repeat the same steps with the other two remaining sandwiches.

Once all four sandwiches have been browned over the skillet, serve them on a plate. If desired, you can open up each bun and sprinkle some salt, pepper or even Cayenne powder over the bacon, egg and cheese to give it some spice and enhancements in terms of flavour.

Overall, it is never a bad idea to whip up some bacon, egg and cheese sandwich. They are just too good to pass! Not only are they easy to make and prepare, the ingredients needed are affordable, convenient and are easily accessible in most supermarkets and local grocers.

Bacon, egg and cheese sandwich is a staple of a meal, due to how versatile it is. It can be eaten at home or it can be wrapped in paper towels, stored in a lunch box and can be eaten later in the day as lunch or a midday snack.

And if you are feeling it, you can even have some bacon, egg and cheese sandwich for dinner! No one’s stopping you!

So, what are you waiting for!? List the ingredients on your to-buy list and get going, so you can cook your Bacon Egg and Cheese Sandwich in no time!

Read my other post on how to cook bacon in a microwave. 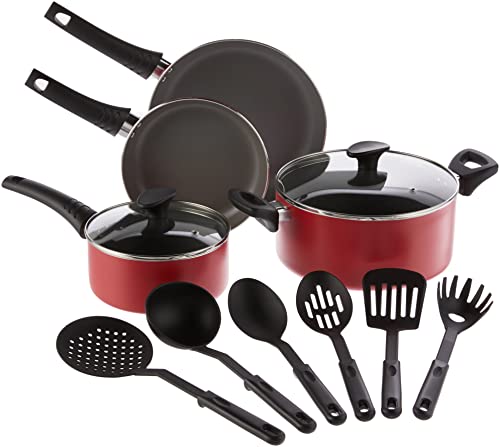