Nutritional Yeast, which is sometimes referred to as Nooch is a type of inactive yeast that as the name implies, has many nutritional benefits. It is pasteurized to dry out; then, the nutrients are extracted from it. Now, this is something a lot by people in dishes that are on a vegan diet and is very healthy to consume. However, someone that has never even heard about it is probably wondering, what does Nutritional yeast taste like? Well, there is a lot to it, and it does have a unique flavor.

Now, if you are interested in adopting a vegan diet, or are simply curious about beneficial things to consume, nutritional yeast is something to look into. It has many benefits and includes a lot of nutrients that are required to maintain a healthy diet; especially when you aren’t consuming meat and dairy.

What does Nutritional Yeast taste like – Pretty good actually!

So, there is a misconception about nutritional yeast; it tastes bland or not flavorful. That isn’t the case. So, what does nutritional yeast taste like? Well, according to most consumers, the taste has a certain cheesy flavor to it; it is often described as a bit nutty too. It is savory enough that some people use it instead of salt to season their dishes. Now, that is not to say it is salty, but it certainly has a presence that can change the way how a dish tastes overall.

Some people also compare it to Parmesan cheese; it can be used as a substitute for it, if you do go down the vegan road. This type of cheese has a distinct flavor and smell, and closely resembles the nutritional yeast. Though it should be noted that yeast doesn’t have the same qualities as cheese; the two things shouldn’t be confused with one another. There is vegan cheese that people can try out, and is manufactured and available at many stores.

What does nutritional yeast smell like? – Takes a bit getting used to!

Now that we know that nutritional yeast tastes like, it is at least known to be flavorful and savory enough that people use it in their dishes to add flavor. But what does nutritional yeast smell like? Well, let’s just say it’s not something people are fond of in the start. Many people have been hesitant to use or taste it because of its unique aroma; it does take some getting used to.

It has a strong earthy and cheesy smell; for many, this is the same reason they can’t really get into cheese. However, if you already like cheese, and are a fan of the various smells a cheese can have, then you won’t feel like you are trying something completely new, and will get used to it easily.

So, the smell isn’t exactly unpleasant, but for people that are a bit sensitive to stronger smells, it can be a bit of a turn off. It is the same reason a lot of people don’t like to consume herbs, and earth materials. Since smelling is half the part of consumption, it isn’t unreasonable for someone to not like something because they can’t get used to the smell. However, if you try it a few times, or use it in lesser quantities, you will most likely get used to it, and actually enjoy it.

What does nutritional yeast look like? – Dry and flaky!

Now that we have gone over the taste, and smell of Nutritional yeast, the next logical question anyone might be asking is what does nutritional yeast look like? Well, if you have never seen it before, it looks a lot like a dry, flaky yellow spice. There isn’t anything remarkable about the physical aspect of it; it looks like any other spice, like garlic powder. However, the texture itself isn’t as powdery as you would imagine, and there are flaky bits all over.

People like to store it in jars, and take it out whenever needed. It isn’t used in big quantities, and something it is only sprinkled on dishes just like you would use added seasoning salt or pepper. It is also used in Pasta, and that is one instance where a good amount of it is used. People generally don’t prefer eating it without adding it to anything; the dry texture can get stuck in your throat and cause coughing.

The look, as we already discussed isn’t all that special. It is becoming more common and available at places. Some theaters actually offer it for people to season their popcorn, alongside salt. If this keeps up, we might just see it offered in many restaurants where normally you would get salt, pepper and ketchup. One of the main reasons people use this is because of the B12 found in it. It serves as a substitute for meat, fish, poultry, eggs, dairy, and some fortified cereals. This allows for people to maintain a healthy and fullfilling diet while they have adopted a vegan or even a vegetarian lifestyle.

So, what does Nutritional Yeast taste like? Well, like we discussed earlier, the yeast has a nutty, earthy and almost cheese like flavor. It can be a bit of an acquired taste for people that already dislike that kind of flavor. But, if you are a fan of cheeses, then you will feel right at home. It has a slightly strong smell, which again, has the earthy and cheesy tang to it, and it can take some time getting used. It is used as a seasoning substitute for a lot of people, which is why the overall quantity isn’t all that much in the first place.

There are many health benefits of consuming nutritional yeast, and one of the main nutrients is B12, which is found in fish, meats and dairy. People that have adopted vegan and vegetarian diets can use this and live a healthy lifestyle. 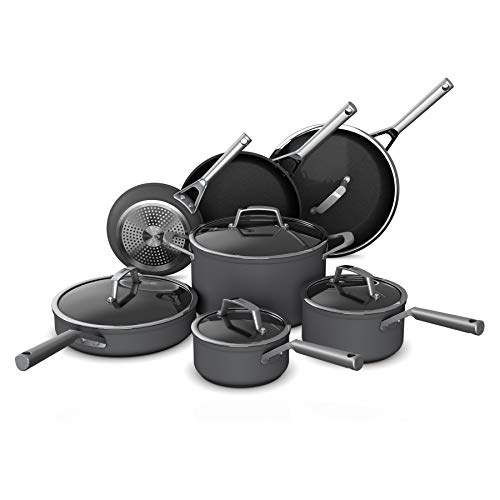