What Does Black Tea Taste Like? – A Taste Test; What runs to your mind after you think about tea? If you’re not an expert on tea, chances are you think of an aromatic beverage enjoyed by people in China and the UK. But did you know that green tea is consumed in Japan and other parts of Asia? Or that black tea is preferred in North America and Europe? In other words, there are a vast number of teas to choose from. So many, in fact, that it can be difficult to know which one is the right one for you. Each tea has its own unique flavor and drinking experience, so it’s important to take the time to taste and understand the variety of teas that are out there.

One of the most popular types of tea in the world is black tea, but what does black tea taste like? This article dives into how it got its name, how it’s made, and some of the health benefits associated with drinking black tea regularly. We’ll also cover a few popular varieties of black teas to try and how to make a cup of black tea that’s sure to please.

The History of Black Tea

In the mid-17th century, black tea, also known as red tea, was discovered in China. In the past, green and oolong teas were the only teas consumed.

What does Back Coffee taste like? Find it here!!!

The history of black tea began after a military from Jianxi entered Fujian Province and camped at a nearby tea factory. This unscheduled camping session caused a delay in tea production, so the tea leaves were left out in the sun for an extended period of time. As a result of prolonged oxidation, the tea leaves turned a dark red color. The leaves of the tea were placed over a fire of pinewood to save them as well as accelerate the drying process, which produced a smoky tea. Eventually, this discovery led to the production of Lapsang Souchong, the first black tea grown in China, and eventually, in Western countries.

What is Black Tea Good for?

Black tea is generally characterized by dark liquor, a bold flavor, and high tannin content. This happens because the leaves are completely oxidized before they are fired. The leaves come from a bush called Camellia sinensis. In the West, this is the most widely consumed tea.

So, what is black tea good for? Black tea has lots of health benefits because of the antioxidants and compounds found in it that may help reduce inflammation within the body. One of the antioxidants present in it is polyphenols. This antioxidant, as well as the other antioxidants in black tea, contributes to overall health. In addition, it also helps in reducing blood pressure, boosting heart health, lowering bad cholesterol, preventing strokes, decreasing blood sugar levels, improving gut health, and lowering cancer risks.

The aroma that comes from teas varies. High-quality tea will always have a distinct aroma, no matter what kind it is. If you inhale deeply and you only get trace amounts of scent, this may indicate stale or low-quality tea. Black tea should smell earthy, floral, and sweet, while green tea should smell grassy, light, and fresh. Dry oolongs range in aroma from peach to osmanthus flowers, while Tie Guan Yin should smell like sweet corn. Excellent tea should be deep in aroma and amplify the distinct scents of the dry tea leaves when steeped.

When judging scented teas such as Jasmine, the scent should persist over multiple infusions. A scented tea that loses its smell quickly is of poor quality. When evaluating a tea, it is important to remember that the aroma is just as important as its taste. Keeping continue to the topic, what does black tea taste like.

This delightful tea is primarily Assam or Darjeeling tea infused with bergamot oil. Bergamot citrus comes from a fusion between bitter orange and lemon and is native to southern Italy. Vanilla is often added to Earl Grays, giving the tea a naturally sweet, citrusy flavor. Other variants of Earl Gray include French Earl Gray, which combines rose petals, calendula, hibiscus, or cornflowers.

Mostly grown in India’s Assam region, this tea has a distinctive flavor. The scent of good Assam tea is strong, but not overpowering. In the beginning, the taste may be astringent and tannic. However, the aftertaste of roasted malt and creamy chocolate provides a smooth finish.

A full European breakfast often includes eggs, sausages, cold cuts, cheese, fried tomatoes, sauteed mushrooms, and baked beans along with black tea blends. Traditional English breakfast teas are typically milder than those of Scotland and Ireland. All three breakfast blends contain a combination of Ceylon, Indian Assam, and Kenyan black teas. There may be Sumatran, Kee Mun, Java, or Darjeeling teas mixed in as well. While the Darjeeling imparts clean, light flavors to the breakfast teas, the Ceylon provides a delicate sweetness to each sip. In the end, the chocolate malt base of Assam provides a satisfying finish.

It is grown exclusively in Darjeeling, India. Darjeelings are pure bliss in their first flush. First flush Darjeelings are picked early in the season, resulting in the freshest and most fragrant teas. In the 19th century, Lord William Bentinck and his Tea Committee developed black tea hybrids which were probably based on Assamica/Sinensis plants. A Darjeeling flush has four general phases: the first occurs from February to May, the second occurs from May to June, the third occurs during the monsoon season from July to September, and the fourth occurs in the autumn from October to November. Second flush Darjeeling is highly regarded by black tea connoisseurs for its flavors. Its muscatel flavor (which is unlike any other tea in the world) makes the prestigious Darjeeling tea also known as the Champagne of teas.

Another tea that is popular with many is green tea. But, what does green tea taste like? The flavor of green tea is often described as earthier and more vegetable than that of black tea. Green tea is often said to be more bitter than black tea, but if it is brewed correctly, it should be slightly sweet. The degree of water temperature and the quality of leaves are paramount factors to determine the taste of green tea.

Despite not being as popular as either black tea or green tea, white tea has numerous health benefits just as well. What does white tea taste like? There is nothing better than drinking a cup of this sweet, gentle brew. The essence of its charm is found in the subtle and sweet flavors that it offers.

Taking into account that black tea is almost as strong as coffee, you should know what to expect before you try it. While it might taste weird at first, some people prefer their black tea this way. There may be some who don’t like it without sugar or milk, and you won’t know which one you like until you try them. It is enjoyed by many people throughout the world, and its antioxidant properties provide a variety of health benefits. Although the exact flavor of it can vary depending on where it’s grown, most people would agree that it tastes “smoky”. In fact, you can sometimes smell the smoky aroma as soon as you open a bag of black tea leaves.

If you’re looking for a beverage that has a refreshing aroma, try black tea. It’s a great alternative to other caffeinated beverages because it contains antioxidants, which can help improve your overall health and well-being. You can drink it at any time of the day, and it may even help you lose weight! 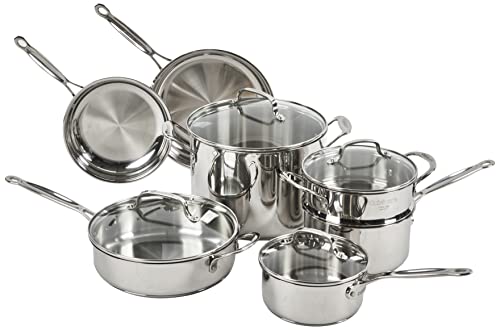