Pandan is a plant whose fruits, when ripe, are very similar to pineapples. Therefore, if suddenly while walking around Koh Chang you come across wild fruits of a familiar look, do not rush to rejoice that now you will pick up your favorite fruits for free. Take a closer look: if the alleged pineapples are hanging on a palm tree (and not growing on a low bush with their “tail” up, as they should) and are suspiciously round, then you have a pandan. If you do decide to learn what does pandan taste like, to be sure for sure – the bitter pandan taste and astringent sensation in the mouth will more than clearly prove that this is not pineapple, but pandan.

The pandan fruit looks like a pineapple, but is a completely different exotic fruit. Plus, it grows on a tree. This fruit is large enough, but light. It has a round shape and many seeds. Before ripening, the pandan fruit has a light green hue; the ripened pandan fruit turns bluish, red, purple or yellow.

The pandan tree itself has a long trunk (on average 10-15 m). It is much branched and has many adventitious roots, which are also called stilted roots.

The leaves are narrow and arranged spirally in several rows. They are distinguished by their great length – up to 4 meters. Their dorsal side is covered with many sharp needles.

The flowers of the plant are collected on the cob or paniculate inflorescences.

Pandan is found in African countries, in Australia, in India, on the island of Madagascar, in the tropical forests of the Maleesian region, in Indochina, as well as on some islands in the Pacific Ocean. Also, the plant is very successfully cultivated in other countries.

Pandan survives well in various conditions. It grows both on the seaside and on rocky and sandy soils. Also, the plant feels good in swamps, volcano slopes, river banks, coral reefs, and forests.

What does pandan taste like in cooking? Not even pandan fruit is used for food, but pandan leaves, which have a sweetish pandan taste and a strong pleasant aroma; for which they are loved throughout Asia, they also make fragrant seasonings for food. In a number of street dishes, you can find glutinous rice, fish curry wrapped in peculiar envelopes made of pandan leaves, as well as many other dishes from them; the leaves give the food a special flavor.

In Thailand, they are often used in desserts, soups and main dishes. Pandan is the most popular, natural and affordable coloring and flavoring agent for Thai desserts, it is thanks to pandan that desserts acquire a green color and a pleasant aroma. The most famous pandan dessert is called custard, which is a custard. In this country, you can also find green bread, this is due to the fact that a little pandan juice was added to it.

It is the pandan leaves that are used as a spice in a knitted or even withered form. They have a nutty aroma with notes of hay and vanilla.

Because leaves have a pleasant smell and a slightly sweet pandan taste, they are popular in Asian countries as a food seasoning. Curry, rice and other dishes are wrapped in them.

In Thai cuisine, the leaves are used to flavor and color desserts green. The most popular pandan dessert is custard.

Cooked pandan fruit is mashed with coconut milk. This puree can be used to make steamed tortillas.

Pandan drinks are packed with nutrients. To prepare them, fruits are dried and ground into powder. Palm syrup and water are added to the powder.

Pandan kernels are also eaten. Their hearts are usually dried, but they are also smoked.

Pandan juice is added to bread and other foods.

Other uses of pandan

In the national cuisine of Thailand, the Pandan leaf is widely used as a natural color and flavor. Want to know what does pandan taste like when it’s just a leaf? If you see a dessert, drink, pastry or even a bright green bread on the counter, then in most cases the reason for such an unusual color and strong pleasant aroma is not harmful chemicals, but natural pandan extract. The leaves are also used as a fragrant seasoning in rice, fried chicken and other dishes. Slightly dried aromatic fresh pandan leaves are successfully used as a substitute for baking paper, as a decoration for desserts, and as a “package” for glutinous rice, fish curries and similar street food in Thailand.

Pandan is also widely used in folk medicine. For example, Thais brew tea from the leaves and flowers that cover the pandan during flowering: the beneficial properties of this drink help in curing coughs, reduce fever, soothe the stomach, and simply tone the body.

The pandan flower exudes a scent somewhat reminiscent of a rose, but sweeter and fruitier, so pandan inflorescences are used in perfumery to obtain a fragrant essential oil (kewda).

Pandan leaf contains strong fibers that Thais use to weave baskets, mats, hats and the like, and to stuff mattresses and pillows.

The exotic fruit Pandan looks like a pineapple, but it is a completely different fruit, unlike the same pineapple it grows on the branches of a tree. To know what does pandan taste like you can’t just try pineapple. The family of Ramps is quite extensive and has more than six hundred species. The fruits of Pandan or Pandan are rather large, round, with a lot of seeds.

Pandan is also used in traditional folk medicine, for example, pandan flower tea is an excellent mucolytic agent, and the root is used as an antipyretic, diuretic. Pandan seeds are used to make oil, which is used as a tonic and for headaches. Other parts of the plant help in the treatment of skin conditions, including leprosy. The constant consumption of pandan fruit has a calming effect, strengthens the nerves, and tones the blood. The pandan fruit is easily absorbed by the body and contains a large amount of useful substances: fiber, starch, folic acid, phosphorus, iron and potassium. It is also used to strengthen the immune system. 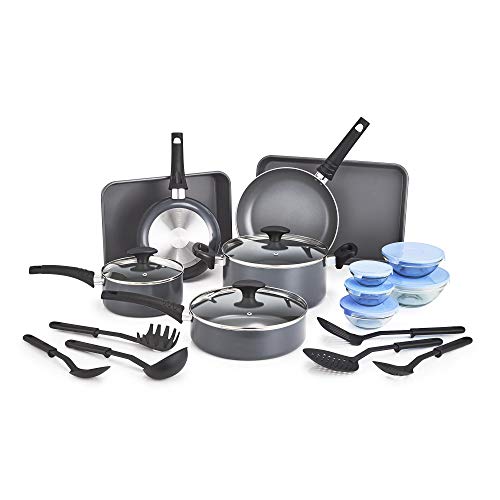