If you’ve ever been to Italy, it’s impossible not to have an authentic taste of the creamy Fontina cheese with a remarkably pungent taste. An authentic Italian treasure. Now you go back to your home country and you feel a sense of separation anxiety as you long for this sweet and richly-flavoured cheese. Don’t worry, we got your back. Here are some substitutes for Fontina cheese which will help bring you back to a memory in the Italian Alps mountain. Find out how and why the following cheese are great alternatives – Mozzarella, Havarti, Gruyere, Emmental, Parmesan, and Provolone.

But if you are out of Fontina Cheese and just love them, you can get them on Amazon here:

What is Fontina cheese?

Before we deal with the different replacements for Fontina cheese, we need to know what it is and what is it for. This is a type of cheese that’s aged popularly in a particular region in Italy called Aosta Valley in the Alps. It is well-known for its piquant taste that may be somewhat earthy. It has been replicated already across several countries in Europe and even in the US except that the authentic one still stands out among everything else because it has quite an intense nutty flavour that’s difficult to mimic. The production thereof takes a lot of artisanship and patience that extends to at least 3 months. However, after a long period of waiting comes a glorious dairy item.

This ingredient usually makes an appearance in foods like pizza, pasta, and fondue. It’s also widely used as an ingredient of soup, main dishes, and dips and sauces. The touch of it makes everything look five-star.

This is perhaps the most popular among restaurants because it’s almost always available yet it comes at a very costly price. Mozarella cheese also originates from Italy. In terms of flavors, it pales in comparison to Fontina’s pungency but it functions similarly when used in foods like pizza, pasta, fritatas, and grilled cheese. It melts fairly easily and like Fontina, it does so well in developing strings when pulled apart. Probably even the best on this challenge.

Havarti makes a good substitute for Fontina cheese because of its buttery and creamy taste that’s equally a good accompaniment for wines as table cheese. Its flavour works in harmony with other flavors, spices, and herbs. The beauty about this cheese is that it melts at room temperature that when it lands in your mouth solid, flavors burst inside ecstatically. This is a good replacement for recipes such as pizza and sauce base.

In terms of flavour cloning of Fontina cheese, Gruyere is the champion on this category. This is an original gem of Switzerland but same with Fontina, it is born out of unpasteurized milk that’s aged in a long while to develop a strong woody taste. It has a very good melting character that turns gooey when heated making it a perfect alternative. Perhaps its edge is that it’s relatively more available in the market than Fontina.

You’re probably living under a rock if you’ve never heard of this cheese. Gouda is one of the most widely used cheese in the cooking world because of its rich and creamy taste.  This semi-hard cheese is very versatile as it is a part of many dishes as soups, sauces, macaroni, fondue and a lot of main dishes. Like Fontina cheese, it’s makes an excellent pair with beer, champagne, and wine.

Another type of cheese that will vivify the taste of any dish is Emmental or commonly coined as Swiss cheese. Like Fontina cheese, it’s notable for its nutty and piquant taste making it a nice food to go with fruits and wine. This is produced after long months of fermentation using nothing but natural ingredients. No preservatives nor additives were added. While Fontina cheese has holes produced during aging, Emmental cheese is more remarkable for its bigger holes credited to its very specific fermentation process.

Another Italian cheese that’s quite famous for its characteristic taste is Provolone. Depending on the variety, it has a mild to tangy taste. The longer it’s aged, the sharper the zest becomes. It goes well with soups and sauces when a pungent flavour is called for. It also serves as a perfect topping for vegetable salads. By itself, it can be a table cheese to be served with hot chutney, homemade breads, and flat breads.

Parmesan cheese is one of the most common among the list. In fact, it’s almost a common cupboard item already in most middle-class households. In the absence of Fontina cheese, this is a perfect replacement. It has less sodium but definitely not losing in terms of flavor sharpness. This hard cheese has a gritty texture which makes it perfect for grating and pulverizing. It works incredibly well with almost any types of dishes.

If worse comes to worst and there’s no other option, you can always resort to cheddar. It used to be available only in England until it became accessible across the globe. Now, many producers are making it for its high demand that’s typically used in various appetizers and casseroles. It has a mild taste when it’s young but in order for you to recreate the intense flavors of Fontina cheese, let it mature for a couple of months.

On various occasions, Fontina cheese is being substituted to another cheese largely because of its unavailability. Especially if you’re craving for one that is strong in the flavour department which is commercially sold in Italy, you’ll have a hard time looking for one in your area.

For some, they find the flavour of Fontina cheese too overpowering. They can’t tolerate the cheese as it rests in their mouth and what’s even worse is the aftertaste. Thus, other types of cheese which has a milder taste may be substituted.

And finally, health buffs consider this cheese to be loaded with calories. It has over 380 calories per a hundred gram which makes it inferior to other substitutes such as Mozarella. Besides, if you’re a vegetarian, this may not be your best option because it makes use of rennet, an enzyme found in the stomach of cows, during aging process. Unless it makes use of vegetarian rennet – of which I haven’t heard of – it is practically unclassified as a vegetarian’s choice.

Whatever your reasons are for exchanging Fontina cheese with something else, the good thing is you have a variety of semi-hard and hard cheese to choose from. 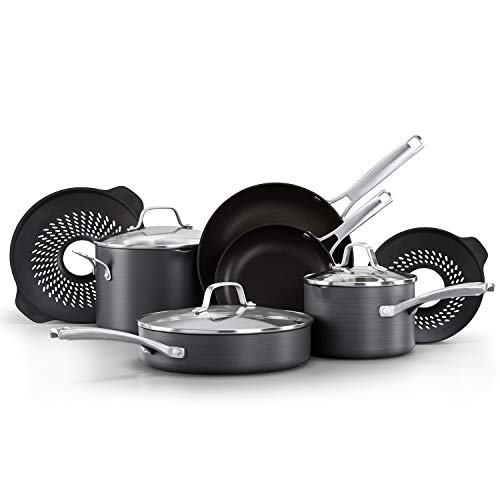