Consisting mainly of a blend of five “warm” spices such as ginger, nutmeg, cloves, ground cinnamon and allspice, the baking ingredient is mostly used during fall and holiday season but can be added to a huge range of recipes.

And it is undeniable nowadays that the seasoning has become more than just a mere ingredient: it has become a way of life, almost a lifestyle to be followed. From the popular pumpkin pie spice latte – or other caffeinated drinks – to season vegetables, popcorn and pancakes the ingredient is being used everywhere.

Below, we listed the best and easiest to find substitutes – and some of them you probably already have at your house.

If your kitchen cabinet is well stocked and has a lot of ingredients and seasonings ready to be used, then this substitute is already almost done and waiting for you.

The apple pie spice is remarkably similar to the pumpkin pie spice, since it is a mix of allspice, cinnamon and nutmeg and it can also be used in almost the same recipes, especially the sweet ones, such as pies, cookies, fruit salads and French toasts.

The difference from the pumpkin pie spice is the absence of the ginger, but both of them will give your recipe the same taste, specially the cinnamon, that it is the most prominent than the rest of the other spices in both blends.

The ground cinnamon has the most prominent flavor on the blend. So, nothing fairer than to use it alone.

It is probably the cheapest and easiest to find season and almost everyone has it on their cupboards at home.

By using it alone you will not get the same composition as the blend of the 5 spices, but you will get almost the same flavor if it is used in the same amounts. Plus, it will make the pumpkin flavor more prominent without the heady flavors.

It is the perfect substitute for your pumpkin pie spice recipes and will give you stunning effects.

The mix between just the cloves and cinnamon can also be a dominant flavor in your recipes and extremely efficient to be used alone without the rest of the blend.

They are complete and complex ingredients that used on the same amount can be good substitutes for the pumpkin pie spice.

They both alone will add the necessary sweetness, bitterness and heat that the complete blend offers.

As the name in french already suggests: these four combined spices can be an incredible and rare alternative for your recipe.

Freely translated as “four spices” the blend between ginger, cloves, nutmeg and black or white peppercorns is a different and unique mix, almost never used to replace the pumpkin pie spice.

This French recipe is spicy and has a stronger flavor originated from the black peppercorns that will add a unique pumpkin pie spice substitute.

Not very common, but very flavored, this Indian blend of ground species can be a trick on your recipes to give it a unique and different taste and aroma.

The word Garam means “hot” and Masala means “spices” and are names like this because the spices are toasted together to deliver the warm flavor.

Consists of cinnamon, cardamom, cloves, cumin, coriander, nutmeg, and peppercorns and can be used to bake almost all types of goods.

As easy as it sounds, the best and most efficient pumpkin pie spice substitute is to do the blend at home with the ingredients that are already stocked and used on a daily basis.

It can not be as convenient as buying the mix ready at a supermarket, but the homemade pumpkin pie spice will allow you to adjust the blend according to your personal tastes and preferences and it is an inexpensive alternative.

The ready and bought mix usually comes with two or three teaspoons of the blend, but the recipe below you make around 5 teaspoons of pumpkin pie spice.

But remember, since it is being homemade it can be changed and adjusted to fit your needs – if you need half of it, just cut the quantities in half and the same applies if you need bigger quantities. It’s all proportional added.

INSTRUCTIONS: Add all the ingredients to a mixing bowl and mix them until they are well combined.

It can be done in three minutes and the finished blend has to be stored in an airtight compartment and will be good to use for the next months, up to a year.

The pumpkin pie spice is a complete and easy seasoning for a lot of recipes and can be the hit ingredient that will add that special taste for your cooking.

But, it is in fact a very simple blend of ingredients that can be easily replaced with things already sitting at your cupboard.

Above, you read a list of the best pumpkin pie spice substitutes that will not let you down when using it on that special recipe.

From the more complex blendings, as the quatre epices and the garam masala, to more simple ones, as the apple pie spice, cloves, cinnamon or the homemade blending with the ingredients that you already have at home, they all will work perfectly for you and will give the same taste as the mix bought ready at the supermarket.

Let us know if you tried any of the substitutes mentioned above and if they had worked well for your recipe. 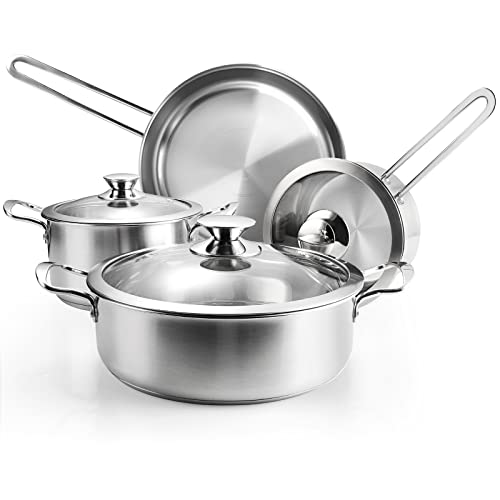