Sour cream produced by fermenting regular cream with a culture made of some kinds of lactic acid bacteria is used as a delicious topping for soups and stews and as a dip for potato fries, fruits and vegetables. Sour cream is used in Mexican cuisine to give a creamy texture to their dishes like nachos and burritos. We normally buy sour cream to prepare a dish and keep the rest aside without using it. When you need sour cream again for a recipe, you might have to buy another bottle because the one you bought earlier is already expired. This costs you unnecessarily; hence, it’s time for you to question whether sour cream can be frozen. Yes, sour cream can be frozen. But, the texture of frozen and thawed sour cream is different than that of fresh sour cream. Therefore, frozen sour cream is recommended to use only for the purpose of cooking dishes like soups, crockpot dishes and casseroles and for baking purposes. When freezing and thawing sour cream, you need to follow a set of accepted instructions. This review will help you gain a complete understanding of how to freeze sour cream.

What is Sour Cream?

When bacteria producing lactic acid are added to dairy cream, sour cream is produced. It is a thick solution slightly tangy in flavour. Originated as an indispensable ingredient in the culinary cultures of Central and Eastern Europe, it is now famous in the other countries as well. Sour cream is usually used to make dips, garnish dishes including salads, thicken sauces and to ensure the smooth texture of baked food items.

How to Freeze Sour Cream?

The most important factor you need to keep in mind when freezing sour cream is to make sure what you put inside the freezer is fresh. Sour cream that is already expired or close to expire is not suitable for this purpose. Unopened containers of sour cream are the best, but you can even freeze opened containers if those have been opened for less than three weeks. First of all, you need to whip the cream with a whisk in order to assure that constituents are spread evenly throughout the container. This step is crucial in order to prevent constituents from separating after being thawed. Next, you can transfer the sour cream to an airtight container or a Ziploc bag. The secret for good freezing is not allowing air to enter the bag or the container. Without letting the whole container freeze, you can also portion out the sour cream and freeze. Thereby, you don’t need to separate the required amount from the huge frozen chunk of sour cream. For this purpose, you need to plan out your dishes and the amount of sour cream you need for each dish. You also can freeze divided sour cream in an ice cube tray or a muffin tin. After sour cream chunks become solid, you can transfer them to a Ziploc bag in order to save space inside the freezer. At the end of this simple process, make sure that you label the container or bag mentioning the expiry date of sour cream. The process of freezing sour cream is as simple as that!

How Long Can You Keep Frozen Sour Cream?

You can keep sour cream frozen for around three to six months if it is stored properly in an airtight container.

How to Thaw Sour Cream?

Defrosting frozen sour cream is extremely simple. You just have to take the required amount of frozen sour cream out of the freezer and let it rest in the refrigerator overnight (About six to eight hours). If you notice that the consistency of sour cream has changed after thawing, whip it again to ensure even dispersion of constituents throughout the container.

If you are cooking dishes like soup, stew or sauce, frozen sour cream can be added directly to the cooking pot and allow it to defrost there.

Defrosted sour cream should not be kept again in the freezer because it enables the growth of bacteria.

How to Use Frozen Sour Cream?

Sour cream which is used to enhance the flavour and texture of various dishes is wasted in many households because after using once, many tend to set it aside and forget all about it. Don’t ever throw away a container of half-used sour cream because you can freeze and preserve sour cream for later use! Whether you are freezing a new and unopened container of sour cream or a partially used bottle of sour cream, try as much as possible to freeze fresh sour cream, not the ones that are already expired or close to expire. The key to get a perfect final result is to stir your sour cream well and storing it in an airtight container or Ziploc bag. In order to ensure the easy preparation of dishes, you can also portion out sour cream before freezing using an ice cube tray or a muffin tray. Make sure you date your container or the bag. Thawing of frozen sour cream is just as easy as freezing it. You can either refrigerate it overnight or add frozen sour cream cubes directly to your cooking or baking dish. Frozen sour cream should be consumed within three to six months. This guide explains all the necessary information you need to know on freezing sour cream. 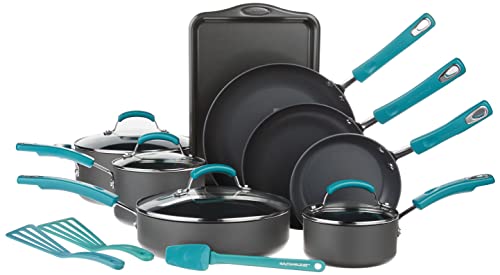