It is a common misconception that alcohol does not freeze. But this is wrong! You can freeze alcohol, but it depends on some factors.

Alcohol does freeze, you just have to keep in mind that each type of alcohol has a different freezing point. Some may not freeze with the domestic freezer temperatures but they all do, it all depends on the alcohol concentration, which container they are stored and with what they are mixed with.

For example, wine and beer can get frozen only a few hours after you placed them in the freezer while vodka can be kept there for many months without even begin to get frozen.

With that being said, we will explore in this article the temperatures the most common alcoholic drinks will freeze. Why some may take longer and lower temperatures than others.

Beer and wine usually have a low concentration of alcohol in it. The rest of their composition is mainly made of water along with sugar, salt, etc. Since water has a freezing point of 0ºC (32ºF), the domestic freezer you have at home is enough to freeze it – the freezers the we have at home usually goes from -23ºC to -18ºC (that is around 9ºF and 0ºF), they are capable of freezing those drinks with low alcohol concentration.

But we normally do not freeze wine and beer. Since they will not have the same taste and texture after being defrosted. So, it is normally not recommended to do it.

You can place the unopened bottles in the freezer to cool faster. Be careful not to let the liquid freeze completely or the combination of expansion and pressure, the glass bottles will most likely break or burst.

Vodka is popularly kept stored in the freezer, so when the time to drinks it comes they will be chilled and refreshed. And as the temperatures of alcohol drops, the more viscous the texture will be, and that benefits the vodka.

While water and the drinks that are mostly made of it freeze at 32ºF. Alcohol has its freezing point at -137ºF. So, the drinks and liquids that have a bigger alcohol concentration will require lower temperatures to freeze.

Vodka has around 40% of alcohol in its composition. The freezing point for vodka or other liquors with high alcohol concentration is around -16ºF.

The domestic freezer we have at home usually goes to 0ºF. That is why most people think that alcohol does not freeze.

They place the vodka bottle in the freezer and the liquid does not freeze.

So you can leave the vodka bottle in your home freezer for as long as you want and it will not freeze at all. To freeze vodka, you will need an industrial freezer – or liquid nitrogen if you have it in hand.

When talking about freezing alcoholic drinks, vodka is the first one that comes in mind. It is not common to freeze other liquors, as whisky and rum, for example.

Whisky and rum also have a similar alcohol concentration as the vodka. It is not common to freeze them or too even try. The freezing process of alcoholic drinks tend to make the flavor and smell a little bit weaker and less concentrated.

So, liquors like whisky and rum have a very strong and characteristic smell and flavor. Freezing them is not even considered by those who enjoy the drinks.

Normally, they are consumed with some ice cubs in it, but never straight out of the freezer. You can store those liquors in the freezer but keep in mind that their smell will diminish and the flavor will be less potent.

So, does alcohol freeze at all?

Yes, alcohol does freeze, but what changes is the composition and temperatures of it.

Drinks with less concentration of alcohol will freeze faster and in higher temperature. That means that your freezer at home will do the job just fine. Remember that beer and wine can be placed in the freezer to chill faster. It is not recommended to actually freeze them.

Vodka has a bigger concentration of alcohol, which means that the freezing point is around -137ºF. A temperature which the home freezers cannot reach. Vodka is a drink that only benefits from being kept in the freezer since it is not a complex drink.

By not having a strong and characteristic smell or flavor, losing some of it in the freezing process does not make much of a difference. And the texture gets better after it.

Meanwhile, liquors like rum and whisky can also freeze at the same temperature as vodka. Since the alcohol concentration are similar, but it is not recommended to store those drinks in the freezer – not even to chill – since they will lose their flavor and smell, and those liquors depends on those factors.

So it is better to keep you whisky and rum on a cabinet at room temperature. Serve it with ice cubes to chill.

You saw in this article that you can freeze alcohol. Some drinks will freeze faster and easily, but it is not recommended to, while other will require a more potent freezer.

If you are looking to keep your beers and wine, they can be stored in the refrigerator and consumed chilled. The vodka can be stored in the freezer and will taste good after it. While whisky and rum should be left in room temperature to keep their prominent characteristics.

When you mixed the alcoholic drinks with other liquids or ingredients. You must pay close attention on their composition before putting it in the freezer. If the alcohol concentration got higher the temperatures will have to be lower.

If you found this article helpful in any way or has tips on how to properly freeze other drinks. Please, let us know! 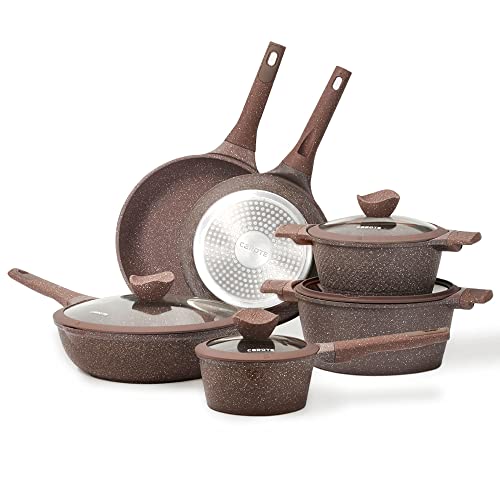