There are a lot of different countries in the world. These countries are filled with many traditional dishes! Some of these recipes have been handed down from generation to generation.

England is one of those countries filled with rich traditions and recipes that go back ages. One of England’s most popular recipes is Yorkshire pudding. If you’re not from the English regions, you may not be familiar with this.

Yorkshire pudding is a savory pudding for savory dishes. Pudding? Savory? Normally when you think of pudding, you may be thinking of dessert; imagining chocolate, vanilla, butterscotch, or tapioca. That is exactly where my mind goes to when I think of pudding. But in England, Yorkshire pudding is really just a savory puff pastry! It is usually baked and served with roast beef.

But what if you’re too busy to bake? Can you microwave Yorkshire pudding? Only to reheat it, but you can’t cook it there. Let’s learn why.

Yorkshire pudding is traditionally served with England’s most popular Sunday meal. Calling this meal their “Sunday Roast.” They serve these savory pudding pastries covered in gravy with a roast!

They have also been said to be eaten with just gravy as a sort of appetizer, but the Sunday roast is the traditional British tradition that they are eaten with today. They aren’t so much a pudding than they are a savory puff pastry, aka pop over.

There is also a spin of Yorkshire pudding made in England where they add sausages into the pudding and serve it with gravy. This is served as a main dish called, “Toad in the Hole.” So, can you microwave these bad boys?

Well, you can’t cook them in the microwave, but you can reheat them. Let’s learn how to make them traditionally first.

To make classic Yorkshire pudding, you’ll want to mix a cup of milk, a cup of all-purpose flour, and 2 eggs together in a large bowl. Add ¾ teaspoon of salt and mix it well with a whisk.

Once the drippings are added, place the tray in the oven for 5-10 minutes to let the drippings get hot (don’t skip this step!). You want the oil to be hot enough that it starts to sizzle.

Remove the batter from the fridge and fill each cup with batter until each is about halfway full. Then place the tray back in the oven for 15-25 more minutes or until the Yorkshire pudding cups look brown and golden. Serve them with gravy and roast! Delicious!

Yorkshire Pudding in a Mug

Can you microwave Yorkshire pudding? The only reason Yorkshire pudding should ever go in a microwave is if it needs to be reheated; and if you are reheating them, you need to microwave them for a very short period of time or they will become rubbery.

Otherwise, baking is really the only option you have to cook a delicious and perfect Yorkshire pudding. They need the dry heat of an oven in order for the batter to rise into the puff that they are. Microwaves would keep the batter too wet to rise, and they would end up being mush.

Despite your lack of being able to cook these in the microwave, there is still an easier way to make these. The actual time in the oven isn’t any faster, but the way you make your pudding batter is faster with the Yorkshire pudding in a mug method!

Yorkshire pudding in a mug is just a method of making it. What you will need is a large coffee mug, eggs, all-purpose flour, and milk. You fill the coffee mug with eggs until it is full to the top, and then you pour those eggs into a bowl.

Meanwhile, preheat your oven to 425°F. Then add oil (or fat drippings) to coat the bottom of each cup of a muffin tray. Place the tray in the oven for 5-10 minutes to heat up the oil until it starts to sizzle. Then pull your batter out of the fridge and fill each cup half full. Place the tray back into the oven and cook for about 25-30 minutes or until golden brown and puffed!

Pudding Can Be Savory!

The answer is no. I wouldn’t dare try to cook Yorkshire pudding in the microwave, because I wouldn’t want to feast on mush.

Regardless, you can bake the perfect Yorkshire pudding in your oven. Now you know a trick to measuring the ingredients so you don’t have to think too much of it! The mug method is an easy way to make your pudding.

No need to overthink when you go to bake your side for the Sunday Roast! You can bake these delicious popovers to drown with gravy next to your meat. If you weren’t familiar with Yorkshire pudding before. I am positive you’ve learned a lot.

Now the next time you’re offered pudding; you know that it can be a sweet dessert or a savory side for a feast. 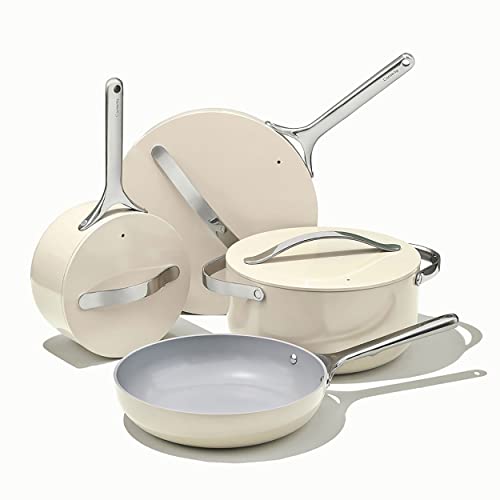